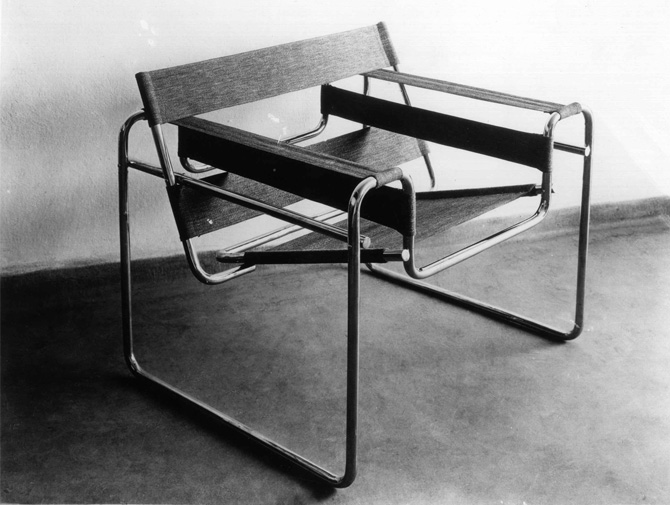 Bauhaus and Its Influence on Modern Design

When examining art from past centuries, one can see everything from the method in which it was created to the socioeconomic climate in which it was conceived under. Harsh political, social or economic realities have provided the world with an abundance of anguish but with that, some of the most celebrated works of art. Artists tend to be in touch with the state of people’s mindsets. In some cases, this is a form of expressionism, while in others it is simply an adherence to restrictions set by the systems they must comply with.

The end of World War I saw a change in the way that Germany was run. The years between 1919 and 1933, under the reign of the Weimar Republic, Germans adopted the idea of New Objectivity. New Objectivity was an ideology based on the simplicity that those affected by the long war yearned for. People did not crave the emotion-fueled expressionist artwork that they did before. New Objectivity provided them with the practicality that they needed to feel safe. Art can be a form of escapism but even in that desire to escape lies the desire to feel a sense of security within reality.

In the early Twentieth Century, new ideas emerged about what art could be based on this idea of New Objectivity. These new ideas led to the Bauhaus Movement, which is characterized by the idea that the functionality of an object should also be its artistic appeal. People began to see what were previously minimalistic, mundane designs as a new art form. Bauhaus, translating to “construction house” or School of Building, is now considered to be one of the most important movements in modern design for its conveyance to the masses that art does not have to rely on ornateness.

The Bauhaus School of Design, founded by Walter Gropius, opened in 1919 with the goal that manufacturing and artistry must be merged. It stressed the importance of experimentation and looked at art as more of a science. Gropius and his colleagues felt that mass production could be something of quality, following William Morris’ idea that there should not be a distinction between form and function. Key figures of the Bauhaus movement include, Marcel Breuer, designer of Knoll’s Cesca Chair and Ludwig Mies van der Rohe, cited as one of Hans Knoll’s greatest influencers. Knoll, along with the majority of designers and architects in the modern age, would credit this period and its visionaries with providing the framework for the future of the art world.

Here are some of Knoll’s greatest designs, all directly influenced by Bauhaus: The Wassily Chair, designed by Marcel Breuer, came about as a result of experimentation with tubular steel. The Bauhaus School was keen on trying out new ways to design. Breuer began to think about what an incredible design a bicycle is in reference to the way the tubular steel bends. This inspired what would be one of Knoll’s most famous chairs. The Cesca Chair, Marcel Breuer’s next design, which has also become a massive success for Knoll, focused on reducing “visual noise.” Using the same methods in tubular steel, Breuer created a chair that is more simplistic in nature than the Wassily Chair, but no less innovative. Ludwig Mies van der Rohe, Bauhaus’ final director, designed the Barcelona Chair in 1929. This chair is an integral part of the Bauhaus movement coming to America after Mies was commissioned to design the apartment of Philip Johnson in 1930. Johnson’s apartment, located in New York City, was the first to use the Barcelona Chair in America. From there, it became wildly popular. The Brno Chair, designed by Marcel Breuer in 1930, was created specifically for the Tugendhat House in Brno, Czech Republic. The design that continues to be sold today is the exact design that was produced then. This chair embodies all that the Bauhaus movement was about; simple, clean design with form following function.