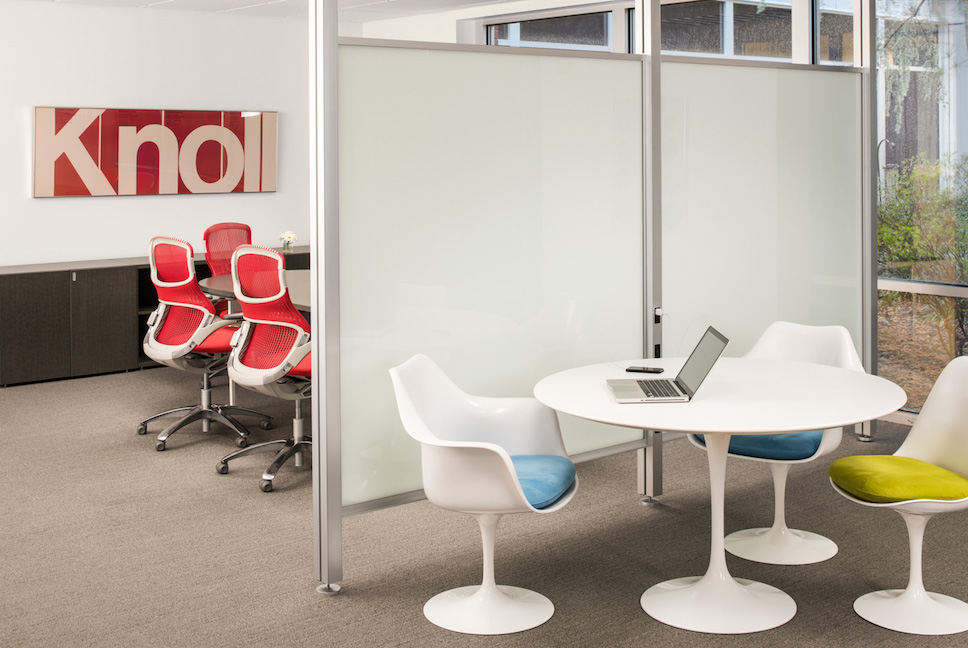 It is not often that we see a designer with the ability to combine beauty and utility in the way that Eero Saarinen did. Born to artist parents, his father an architect and mother a textile designer, Saarinen had design in his blood. His life began in Finland in 1910, later moving to the United States with his family when he was thirteen. There, his father became the Dean of Cranbrook Academy of Art, one of the most highly-regarded architecture and design schools in the country.

Saarinen studied sculpture in Paris before attending the Yale School of Architecture. After he finished his studies, he returned to Cranbrook Academy of Art to teach and work with his father. It was here that Saarinen met his future collaborator, Charles Eames, and made a lifelong friend in Florence Knoll. Saarinen joined his father’s architecture firm in 1936, marking the beginning of his twenty-five year career. The first time that Saarinen received acclaim in the furniture world was for the Tulip Chair, which was meant to address the “ugly, confusing, unrestful world” of the space beneath chairs and tables with a pedestal instead of legs. Saarinen took the task seriously, spending five years developing the entire pedestal collection, which includes both tables and chairs and remains a staple of modern offices. One of Saarinen’s most popular designs is the Saarinen Executive Chair, now commonly seen in both residential and office settings. It is colloquially known as “that chair with the hole in the back” and was designed with the belief that a chair should be comfortable for its shell, rather than the depth of its cushioning.

Prior to the unveiling of the Executive Chair was one of Saarinen’s most iconic designs, the Womb Chair. Florence Knoll wanted Saarinen to design a chair that was like “a basket of pillows.” She sought something that one could feel comfortable and secure in, giving the chair its name.

Saarinen’s life was cut short at age 51, but his legacy lives on through not only his work in the furniture realm, but with his many contributions to architecture, including St. Louis’ Gateway Arch and the CBS Building in New York City. Saarinen’s entire body of work is impressive but perhaps his most remarkable achievements were the messages he sent through his designs without compromising intent.